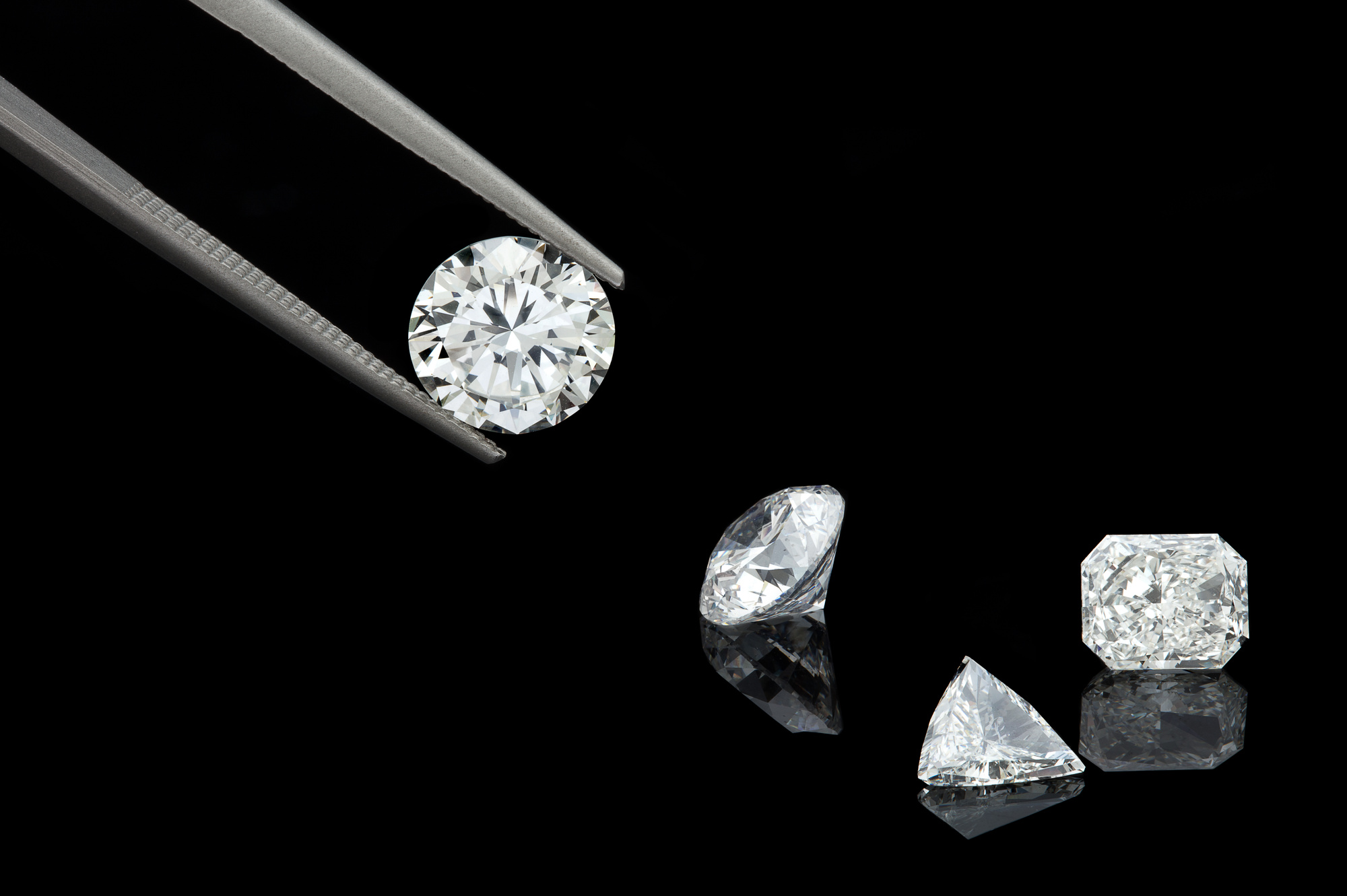 Are you thinking about getting some new jewelry? Do you have an upcoming engagement, or just buying something nice for yourself?

Everyone knows that there's an environmental and ethical cost to natural diamonds, and the monetary cost can also be incredibly offputting.

Maybe you're starting to look at other options. Have you considered the benefits of moissanite?

If you're trying to consider the question of moissanite vs diamonds, look no further. Read on to learn why moissanite might be the best choice for your next big jewelry purchase.

Moissanite is both naturally occurring and lab-grown. It's a mineral made of silicon carbide and it's incredibly rare in nature.

It was discovered 120 years ago with the intention of finding something ideal for electrical conductivity. Now, it's used by jewelry manufacturers around the world as an ethical diamond alternative.

But just how does it compare to diamonds?

When trying to decide between moissanite and diamonds, you have a few different factors to look at. Depending on your priorities, one might be more ideal to you than the other.

Diamonds are praised for their hardness. It's part of what makes them so appealing for engagement rings, as they're supposed to be worn, ideally, forever.

When compared to moissanite, though, the difference is pretty slim.

On the "measure of hardness" (or MOH) scale, diamonds are a 10. That said, moissanite is a 9.25, barely dragging behind.

If you're quite rough with your jewelry, this might be an important difference. For the average person, though, the difference won't be noticed.

Cost in Relation to Value

Diamonds are expensive. We all know this.

The diamond industry has artificially inflated the price of diamonds, pushed forward by the famous De Beers advertising campaign for engagement rings.

Diamonds are touted for their rarity, when in reality, they're considerably more common than some other much cheaper precious gems. The cost is entirely artificial, and bending to it is silly and unnecessary.

They will likely last a lifetime, but at an inflated cost that most people save months or even years to afford.

Moissanite, however, with its comparable hardness and appearance, doesn't have the inflated cost. They are much cheaper than diamonds and don't suffer in any other category.

With cost, the answer is clear.

While a diamond engagement ring certainly sparkles, moissanite has the potential to sparkle more.

Diamond's refractive index caps out at around 2.42. Moissanite, however, caps out at 2.65. This means that they are shinier and more refractive of light than diamonds.

This comes at a little bit of a cost, though (or a benefit, depending on your perspective).

Moissanite does tend to shine a vibrant rainbow. Diamonds will flash without the rainbow. If this is bothersome, someone might want to stray away from moissanite. But if the light hitting a beautiful stone and causing a rainbow effect sounds appealing to you, you might have your answer already.

Placed next to each other, the two are virtually indistinguishable. They're both beautiful, clear gems. Moissanite will never get cloudy as some diamond replacements will.

Overall, appearance-wise, these two go toe-to-toe. They both sparkle and shine, just with different refractory colors.

Here is where the biggest difference comes into play.

Aside from the price inflation, which is an ethical problem in and of itself, the process of natural diamond mining is damaging to the environment.

There's ecological devastation in parts of Africa due only to diamond mining, and it's entirely avoidable with better mining practices.

The diamond industry allegedly still employs child labor, as well as forced labor. Laborers are underpaid, if paid at all, and are often pushed into unsafe work conditions with little (if any) protective gear.

The diamond mines helped to fund warlords across mine zones, creating space and funding for civil wars, violence, and other atrocities only for the benefit of western gem buyers.

The term "blood diamonds" is no joke.

While there are efforts made now for "responsible diamond mining", there are no guarantees of this responsibility and there are still human rights infringements on workers.

Lab-created diamonds are definitely an ethical way to shop for diamonds but the cost is still very high.

Moissanite has no such ethical issues. They're almost never mined, but when they have been mined in the past, they came largely from meteorites.

There is no warlord money involved in the extraction of moissanite, and there is zero environmental impact (beyond that of any other business venture).

They are a completely ethical gem choice, both for human rights and environmental concerns.

Moissanite or Diamonds? What Do You Think?

Diamonds are attractive, it's true.

It's possible that you want a diamond to be an heirloom. Or maybe you really just have your heart set on a diamond engagement ring -- there's nothing wrong with that (especially if you're going for lab-created diamonds that don't have as much guilt associated with them).

It's important to know your options though, and moissanite is a great one.

They're sparkly and shiny, they have an attractive cost (freeing up money from that engagement ring for the wedding, honeymoon, or future home) and they're practically as durable as their near-clones.

If you're looking into buying some new jewelry and want to check out your options, come look at our store today. We have plenty of options for lovers of all kinds of gems, metals, and finishes, and you can buy our necklaces or earrings as-is, or build-your-own engagement rings to suit any style, gem, and price point.

Jewelry is forever, and it should match you. Come check out your options.

← PREVIOUS
The Ultimate Shopping Guide to How to Buy Black Diamonds 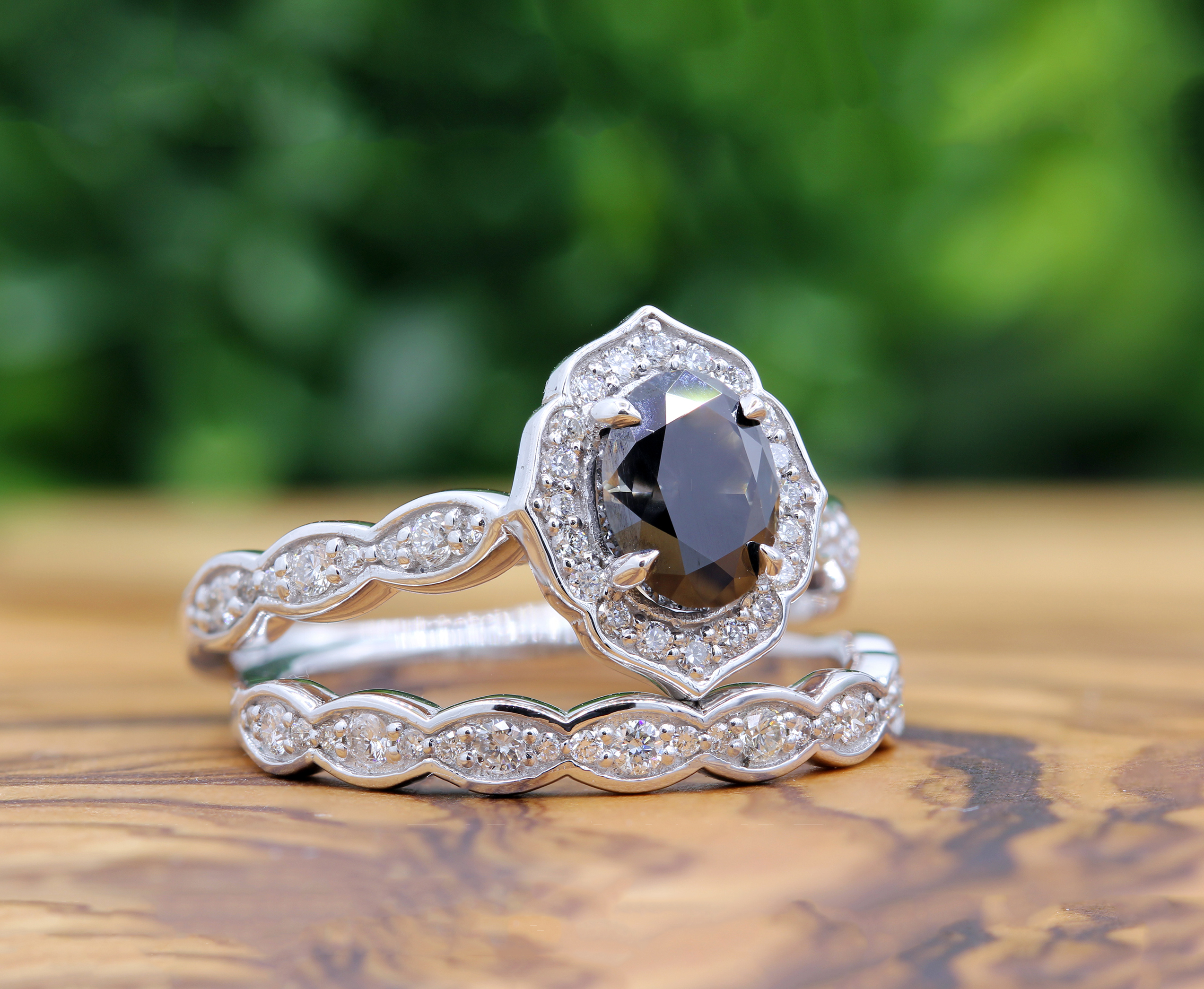