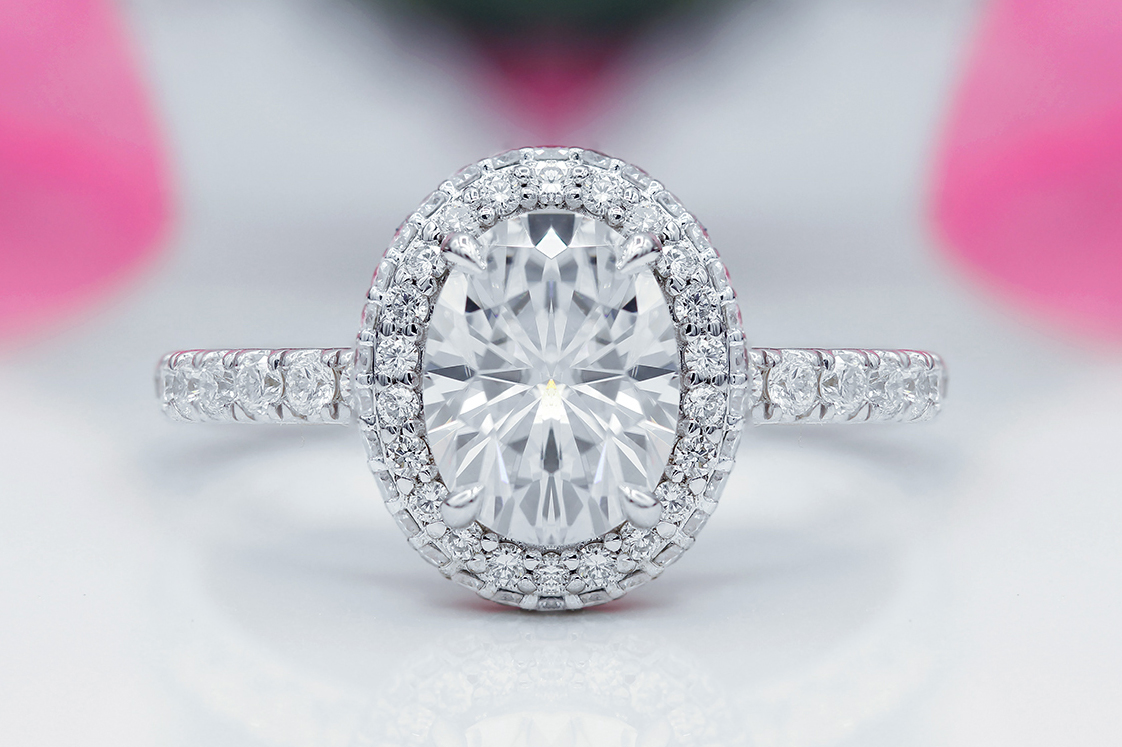 Weddings are expensive enough. Not everyone has the money to spend on a diamond ring.

The good news is you don't have to break the bank to buy a beautiful engagement ring. There are lesser known alternatives to diamonds that will still leave your loved one swooning.

Moissanite and morganite rings are just as elegant as diamonds and will let you stay on budget. They'll help transform your engagement into a special and unique affair.

Here's your guide to the best, most affordable engagement rings on the market.

Moissanite is a crystal found in meteorites. It was discovered in 1893 by French chemist Henri Mossain. This is how the stone derived its name.

He first found particles of the gemstone in a meteor that fell to earth in Arizona. The gem is so rare that it's considered a miracle that Mossain ever found it.

The gem is now created artificially in laboratories. They are in part indistinguishable from your classic diamond ring.

Moissanite stones are engineered to resemble diamonds in a couple of ways. The durability, or hardness, of moissanite, is very close to that of a diamond. The Mohs scale of hardness gives diamonds a score of 10 and moissanite a great score of 9.25.

A moissanite crystal has a greater brilliance than a diamond. Brilliance is also known as sparkle. The light hits the stone is a way that sometimes creates a beautiful rainbow effect.

Like diamonds, moissanite gems are colorless. The faceting pattern of the gem is slightly different from a diamond or other stones.

Now that you know the cosmic origin of moissanite, what are the benefits of purchasing the stone?

One excellent advantage to moissanite stones is that they're made in a lab. This means they're environmentally friendly and leave behind very little ecological impact. Diamonds in other stones must be mined in nature, causing certain environmental damage.

A moissanite ring is also appealing because of its durability. It can withstand scratching and use on an everyday basis.

The greatest benefit of buying a moissanite ring is its exceptional value.

Moissanite is a cheaper alternative to diamonds. Even a perfect moissanite stone is the fraction of the cost.

Diamonds can cost up to tens of thousands of dollars. While they vary in range, moissanites are much lower in price. A one-carat moissanite gem can be found for less than $2,000.

It's very difficult to distinguish between a moissanite gem and a diamond because of their physical similarities. Most people can't tell even see the difference between them.

Morganite was first discovered in Madagascar in 1910 by a stone specialist, George Kunz. The gem named after American entrepreneur J.P. Morgan. Morgan was a friend of a Kunz and an avid supporter of the sciences.

It's a rare, semi-precious mineral that's extracted in Minas Gerais, Brazil. The stone is also found in other countries, but this is where it's mined most often.

Morganite is a variety of beryl stone. It's related to other beryl gems such as emeralds.

The most striking characteristic of morganite is its signature pink shade. The color of pink varies from stone to stone. There's a range of shades to choose from that will depend on an individual's personal taste.

Morganites can be peach or salmon-colored. They can also have more of a rose tint or a brighter pink shade.

The rose-colored morganite gem is the most popular of the choices.

The stone scores a 7.5 to 8 on the Mohs scale. It's considered to have high durability and clarity. A morganite ring is good for everyday wear.

The benefit of choosing morganite is that it's a one-of-a-kind engagement ring. There's a growing trend of people purchasing this gem. The pink hue will set you apart from regular diamond-wearers.

A morganite gem can be cut into a variety of shapes and still maintain its beauty. It's a popular choice for unique ring carvings.

Morganite looks great set with other gemstones such as diamonds. But it also looks beautiful on its own. The color pink complements any skin tone.

There are different ways to set the morganite stone that will pair well with its color. A rose gold or yellow gold band will bring out accents in the pink gem.

One of the best things about buying a morganite ring is its price. It is one of the best diamond alternatives considering how much you get for its value.

This is a dramatic difference to diamond jewelry which often starts at that price.

Many brides love the look of pink diamonds. Morganite gives you the effect of a pink diamond for a much smaller price tag.

As you can see, there's no reason to worry about not being able to buy a traditional diamond ring. People are expanding their horizons and finding cheaper alternatives. These other options look as elegant as any diamond.

You can't go wrong with moissanite or morganite. They're some of the best options among the myriad of affordable engagement rings. Both are romantic, classy, and eye-catching stones.

These gems will make your engagement memorable and let you stick close to that wedding budget.

To learn more about wedding rings and gems, be sure to check out our blog.

← PREVIOUS
Step Away from Tradition and Consider These Overlooked Gemstone Rings 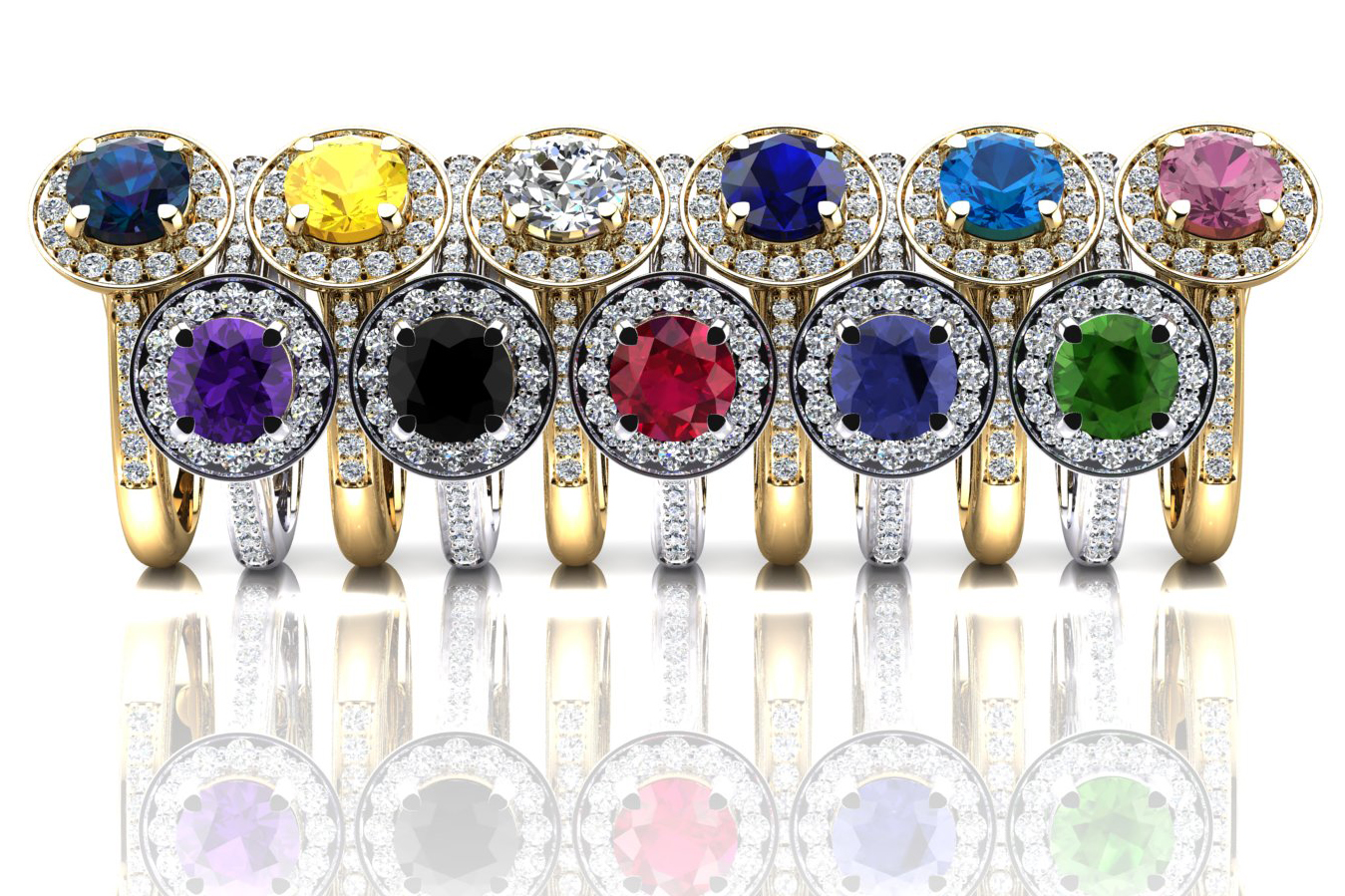 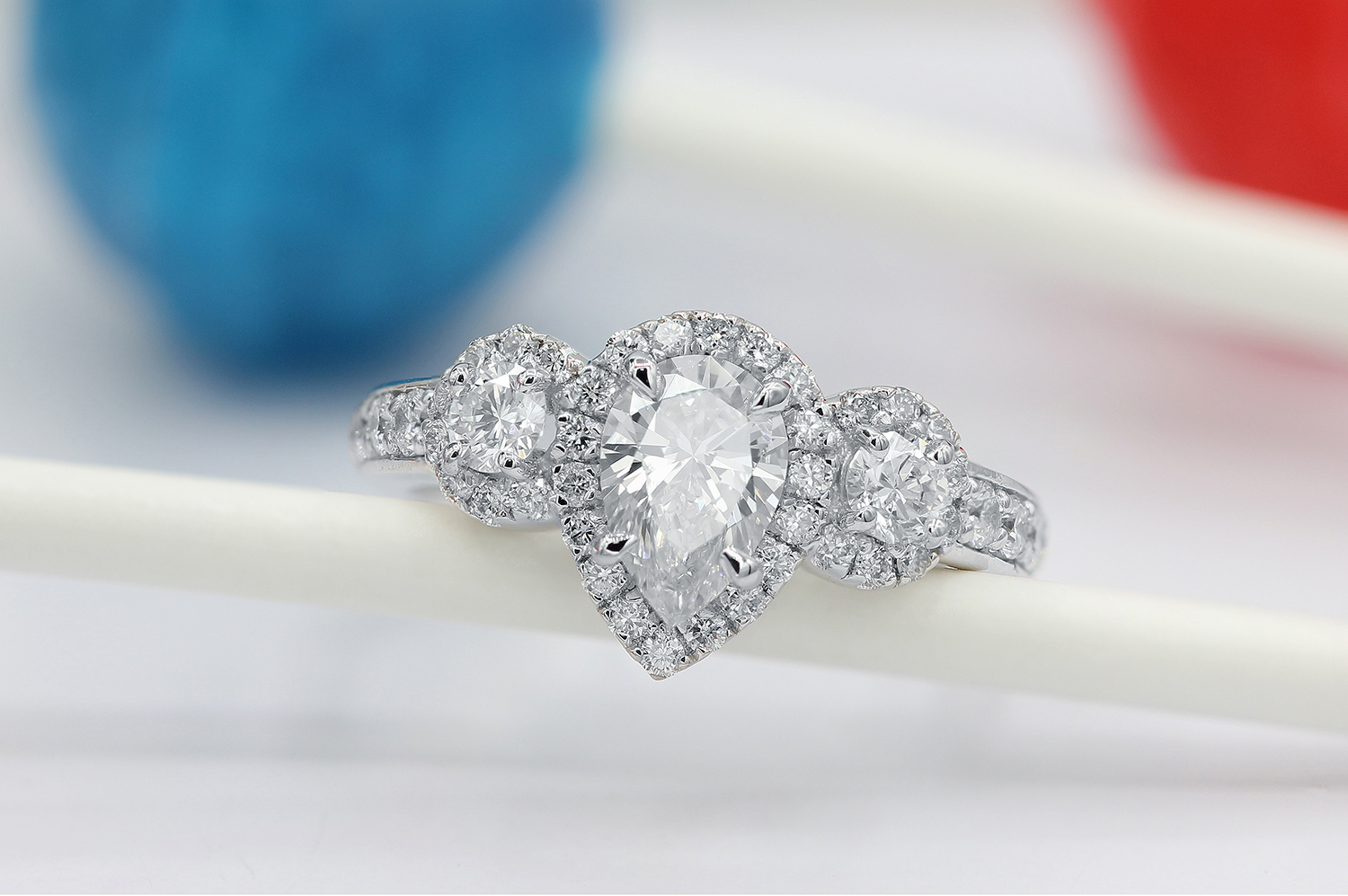